In-game Events are what drive The First Regiment's role-playing plot development. Due to the premise of our guild, most of our events will reflect the various duties of a provincial military regiment. However, we do delve into a variety of role-playing niches that our specialized divisions are based upon; be it magical research, religious gatherings, or other concepts drawn from the Warcraft universe.

While the guild’s plot lines are driven by events, individual members are encouraged to develop their characters’ stories by interacting with the other members of the guild outside of structured events. The First Regiment often establishes a garrison or base camp wherever it is currently deployed to provide members with a designated meeting spot for spontaneous role-play. Members who develop strong relationships with their fellow guild members and superiors through regular role-play outside of events also have a higher chance of being promoted in the guild.

Please view the Mission Board for a list of available mission events to host.

Please view the D20 Page for an explanation of the guild's dungeon master system.

The different categories of events that may be hosted by guild members are listed below. Keep in mind that an event may fall into multiple categories. 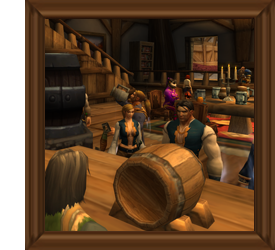 Social events such as campfire or tavern gatherings may be hosted by anyone. Members are encouraged to role-play with one another outside of structured events, but scheduled, structured social events may help to break the ice for some individuals. This could be a visit to a tavern, a campfire story night, or planned party, dance, or ball. 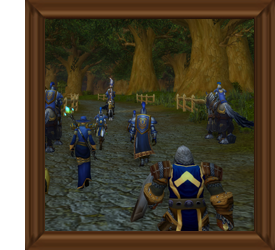 A patrol event is one in which soldiers ensure that control is maintained around camp or along primary paths of travel. Enemies may be encountered by surprise and fought while on a patrol, but the purpose of a patrol event is not to attack a known objective. Combat encounters may be role-played out through a dungeon master, RP-PvP, RP-PvE, or freeform emotes. Patrols around an established base camp may be hosted spontaneously without scheduling a formal event, but Corporals and above may direct these efforts as scheduled, structured events. 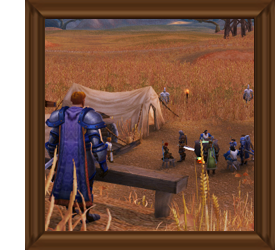 There are several responsibilities that soldiers must take on at their currently deployed camp, such as building fortifications, repairing equipment, tending to wounded soldiers, or preparing meals from provided rations. While most camp detail duties can be spontaneously role-played out by anyone without scheduling a formal event, Corporals and above may direct these efforts as scheduled, structured events. 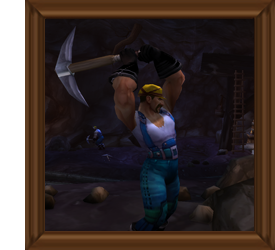 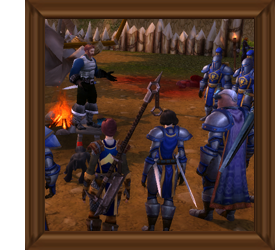 A training lecture is a presentation of information and fielding of questions to soldiers for the purpose of education. Corporals and above may host lectures on approved subjects and materials while Privates must be given direct officer permission to do so. Soldiers should be given hands-on experience doing what they are being taught during the event, be it formation instruction, a weapons demonstration, or other interactive learning. Training events must be led in-character by a ranking Corporal or higher, though a Private may host a training event if given direct officer permission. 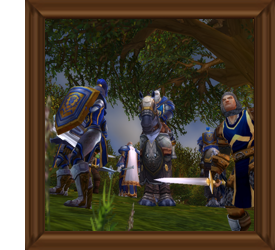 A field exercise is a special training where soldiers are pitted against one another or given a major objective to complete in order to utilize previous training. Field exercises may be carried out via dungeon master, RP-PvP, or by freeform emotes. Field exercises must be led in-character by a ranking Corporal or higher. 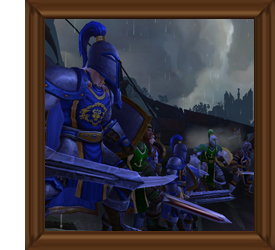 A multi-guild event is one in which the regiment either cooperates with or engages another group of players that are not in the guild, be it in freeform emote combat, in-game RP-PvP, or dungeon mastered combat. Field exercises must be led in-character by a ranking Sergeant or higher. 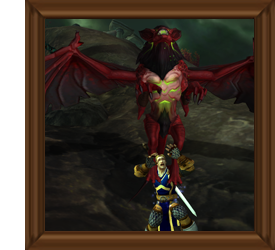 A mission event is one in which a military or significant other objective is its primary focus, be it attacking an enemy position, performing reconnaissance, assisting an ally, obtaining a special item, or defending a location from enemy assailants. Mission events must be led in-character by a ranking Sergeant or higher, but the plot of the event may be written and directed out-of-character by any member with direct officer permission. Mission event prompts that any member may host out-of-character will be posted on the Mission Board page and forum. 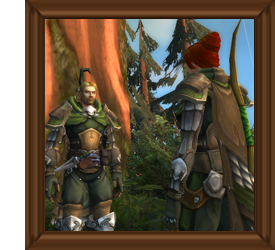 A division event is one that pertains exclusively to one or more divisions of the guild. While each division handles credentials differently, members that are not part of a division must seek permission from that division’s leader and officers if they want to host an event that would affect that division. 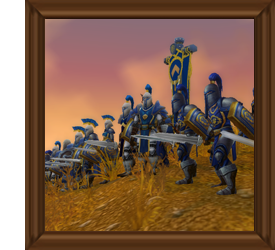 An event-driven plot line is considered a campaign when it consists of several consecutive mission events that culminate in the completion of a broader goal. Campaigns may last several weeks or even months, and are always led in-character by the guild’s officers. It is expected that all members restrict their role-play to the in-game zone where the events of a campaign are unfolding. Members may seek permission from the guild’s officers to leave the “deployment area”, but are expected to role-play with their guild members at camp or while completing other deployment duties.

The First Regiment does not allow any member of the guild at the rank of Private or lesser to schedule an event without first acquiring permission from an officer ranked Lieutenant or above. Those who fall below the minimum rank threshold listed for a specific event type may coordinate with an appropriately ranked member. Any member of any rank who wishes to host an event must complete the following:

1.) Write a brief summary of what you plan to do at the event.
This summary should include:

3.) If approved, post your event on the in-game calendar.
You should make sure that your event will not conflict with any others on the calendar.

4.) Host your event!
Members who fail to show up to their own scheduled event without good reason will likely lose their event-hosting credentials for a period of time.

5.) Write a report on the guild forums.
Members who host events are encouraged to write reports about them on the guild website forums. An event report should contain the time, place, a list of who participated, and a brief summary of what happened at the event. Event reports greatly assist the staff and officers in their efforts to chronicle guild history. Those who regularly lead events and submit reports to guild standards have a much higher chance of being promoted in the guild.

A template for writing reports can be found in the Official Reports Forum!