he First Regiment is known for hosting elaborate story-driven Campaigns that span the continents of Azeroth and beyond. During campaigns, the regiment "deploys" to a region of interest and centers its role-play around completing objectives in-character as a group. While most campaigns last two to three weeks, the regiment has hosted campaigns that culminated after several months of events.

The events that make up campaigns vary in means of storytelling. The first regiment has devised a system using the in-game "/roll" feature that loosely parallels concepts found in Dungeons & Dragons, where each participant acts based on their dice rolls. Some events consist of Freeform Storytelling, where participants are asked to act and react as their characters would to certain encounters. The regiment also engages in RP-PvP, where we fight against Horde players in world PvP skirmishes to determine the advancement of our stories. Often during important world events in-game, the regiment leads RP-PvE events where we fight NPCs either in the world or in dungeons or raids.

Any and all campaigns completed by the regiment will be archived here chronologically from bottom to top, with the most recent campaign listed at the top of the page. If a campaign is currently ongoing, information may be posted for members to review so they are up-to-date with its current plot points. For current information on campaigns, please visit our Campaign Forums.

ll campaigns that occurred in 2018 will be listed here. 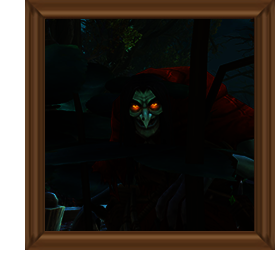 Summary:
The first regiment and fifth fleet marines returned to Kul Tiras to liberate the province of Drustvar from a cult of witches known as the Heartsbane Coven. While meeting initial successes in the eastern forests, the Alliance expedition faced heavy losses in the highlands of the western coast. In a last ditch effort, the Alliance laid siege to the coven-held city of Corlain. The Alliance narrowly prevailed with auxiliary troops from the Remnants of Lordaeron. 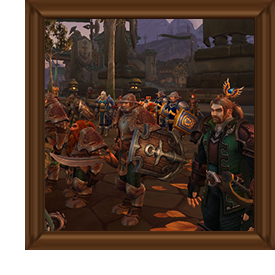 Summary:
Seeking allies after the losses sustained during the Siege of Lordaeron, King Anduin Wrynn deployed the first regiment of Stormwind alongside the Dwarven Vanguard of Ironforge to seek the aid of the Proudmoore Admiralty of Kul Tiras. Faced with many local threats, the combined Alliance Expedition assisted the fifth fleet marines of Kul Tiras in reunifying Tiragarde Sound after the events of the Ashvane Rebellion. 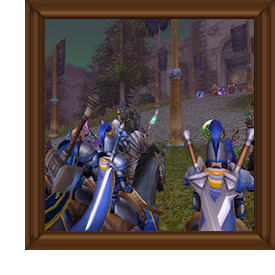 Summary:
The burning of Teldrassil unified the Alliance with righteous fury. By the order of King Anduin Wrynn, the combined forces of the Grand Alliance landed on the shores of Tirisfal and began their invasion of Lordaeron by seizing the Scarlet Monastery. The Alliance pushed south into the glades and encircled the ruins of Lordaeron Keep. Sylvannas Windrunner unleashed the Forsaken plague on her own soldiers, forcing the Alliance to retreat from the ruined capitol. 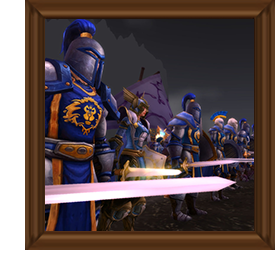 Summary:
The Horde's attack on Teldrassil prompted the Alliance to scramble its forces in a desperate mission to evacuate the Kaldorei of Darkshore before they were overrun by Horde ground forces. Joining the Crescent Glaive and Nightfall Sentinels, the forces of Stormwind engaged the Horde at sea and on the shores of Darkshore. While Darkshore was inevitably lost, the effort did see the rescue of hundreds of Kaldorei and Gilneans who otherwise would have perished. 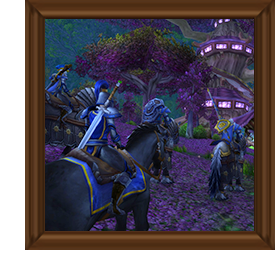 Summary:
Prompted by the murder of a Highmountain Tauren emissary by night elven sentinels, the forces of the Horde converged in Ashenvale to exact vengeance for their fallen comrade. The first regiment joined the force sent to defend Darnassus's holdings in the mystic forest, where the Alliance and Horde clashed over old hatreds. The conflict was pyrrhic and brutal, resulting in no clear victor. 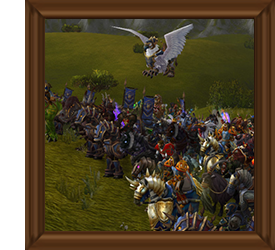 Summary:
After nearly a month of military buildup, the forces of the Alliance launched an invasion of the Arathi Highlands to reconquer Stromgarde Keep and to unify the Stromic forces in the region. The Horde desperately sent their own reinforcements to the region, prompting an all out battle for the Arathi Highlands. 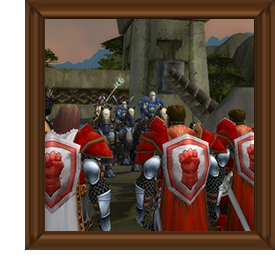 Summary:
In order to determine the state of the northern front of Stromgarde, the first regiment deployed to the Arathi Highlands alongside the Stromic Covenant. Led by Bishop Kimberly Sweete, the regiment and Stromic Covenant engaged in several joint training exercises before striking several Witherbark Troll and Forsaken targets in the region. 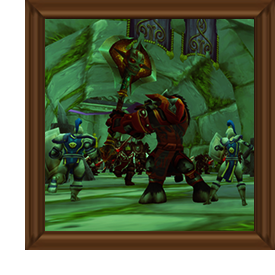 Summary:
Reports of Azerite erupting in the wilds of Feralas prompted the Alliance and Horde to send their forces to attempt to dominate its harvesting. The two factions soon came to blows, and the first regiment joined the Alliance to defend the territories of Feathermoon. The fighting spread to the ancient ruins of Dire Maul, where the Horde routed the Alliance and secured the present Azerite. 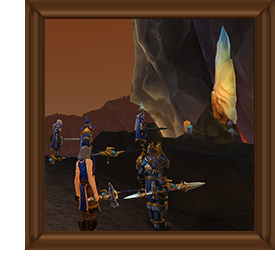 Summary:
As word of the mysterious material known as Azerite reached Stormwind, King Anduin Wrynn sent the first regiment to construct a port on the Western coast of Silithus so that it might serve as a forward base to investigate. The fleet was attacked enroute by an enraged Kraken, forcing the regiment to fight for their very survival in the shadow of Sargeras's blade. 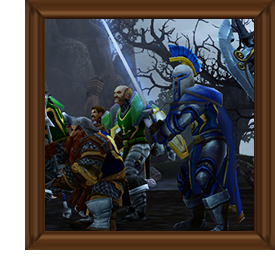 Summary:
At the behest of the Proudmoore Admiralty, the first regiment was ordered to assist with retaking the rightful Kul Tiran territory of Tol Barad. With the assistance of the Magus Senate of Dalaran, the Fifth Fleet of Kul Tiras, and Duke Lionblood's Stromic forces, the combined forces of the Alliance were able to wipe out and eliminate the three-pronged threat of piracy, demons, and radical Blackbloods who fought for the True Horde. 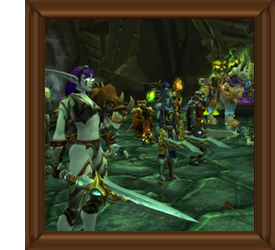 Summary:
The combined forces of the Grand Alliance converged on Argus to lay siege to the chief stronghold of the Burning Legion known as the Throne of Antorus. Under the command of Marshal Maxen Montclair, the Alliance secured a strategic victory through the use of its infantry, cavalry, siege, and air forces.

ll Past Campaigns will be listed here, linked below by the year they occurred. Summary:
Prompted by rising tensions with the New Horde after the Burning Legion's defeat in Draenor, representatives of the Grand Alliance established monthly Grand Alliance Meetings to share intelligence and provide means of communication for those in need of aid. While many of its representatives hail from states formerly part of the Alliance of Lordaeron, several factions from Kalimdor and Draenor have pledged their support. Summary:
The Stormwind House of Nobles is a body of men and women of noble birth from within the Kingdom of Stormwind who collectively form the governing body of the Kingdom under the direction of King Anduin Wrynn. The house gathers regularly in the halls of Stormwind Keep to discuss and vote upon matters of legislation and law. Summary:
The Tournament of Ages is an annual competition at the Argent Tournament Grounds in Northrend. Representatives from the Grand Alliance and New Horde are invited to participate in a week-long festival celebrating the spirit of competition. The tournament spans a week of jousting, dueling, hearthstone matches, and horse racing.